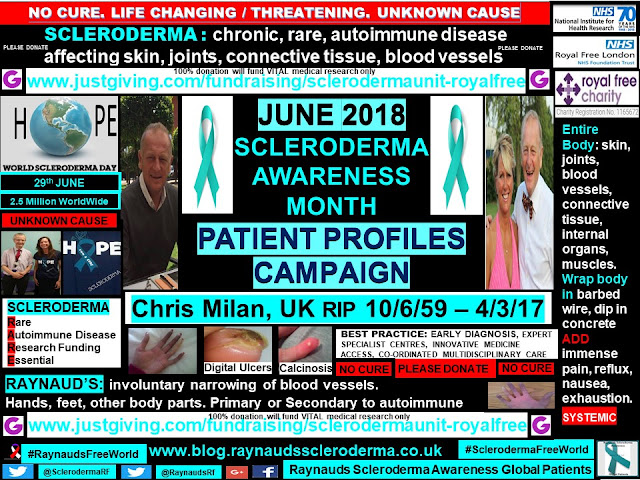 Chris Milan from Reigate in Surrey, UK was diagnosed with diffuse systemic scleroderma, Antibodyscl70, in 2014, aged 55.

Dr Jawed, Consultant Rheumatologist at the New Victoria Hospital, local hospital diagnosed him. This was the third medical opinion sought for a diagnosis.

Symptoms had been ongoing for about 10 months prior to final diagnosis.

He had always suffered cold hands and feet but not too extreme.

Chris was a very fit and active person.

He ran the London Marathon twice sub 3.40, took part in triathlons, successfully developed and drove his business forward, cycled Lands End to John O'Groats, Reigate to South of France, and one end of Sardinia to the other (mountainous and steep climbs). All this, mostly, cycling 100 plus miles a day.

He became ill within a week of returning home from Sardinia - in his own words - "the hardest physical thing he had ever done".

Our opinion was that this was the trigger for the onset of scleroderma.

The speed with which things progressed was frightening - there was very little response to the cocktail of drugs although they slowed it a little.

The chemotherapy made no difference.

His main symptoms were joint pain and stiffness, initially in his hands, but very soon, this progressed to elbows and upper arms and then his whole body.

This, coupled with digital ulcers that engulfed his arms and progressed to his legs.

By the time he had the transplant in February 2017 it was 51/51 – a very aggressive progression.

He was 57 when he died whilst undergoing a Stem Cell Transplant.

Today, June 10th is Chris’ birthday, please hold his wife Jane, and their family, in your thoughts and prayers on this day. Thank You. 'Happy Birthday, Chris'.


Huge thanks to Jane, for sharing Chris’ very brave scleroderma experience, where sadly, his disease did not respond to any of the current treatment, not cure, options available.

Please donate to the Just Giving Page in memory of Chris, where 100% of your donation will be used to fund medical research at the Scleroderma Unit, Royal Free hospital.
DONATE

Huge Thanks to Ben for his fantastic fundraising efforts in memory of his Dad, Chris. 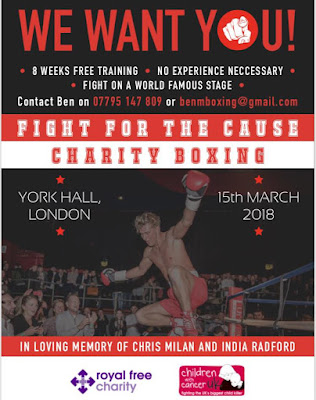 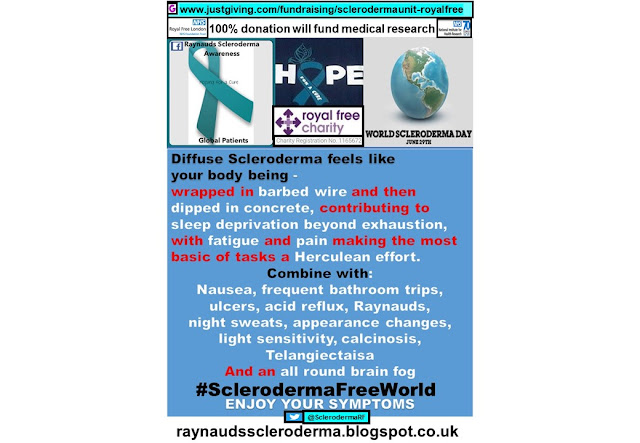 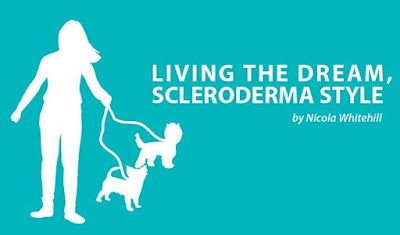 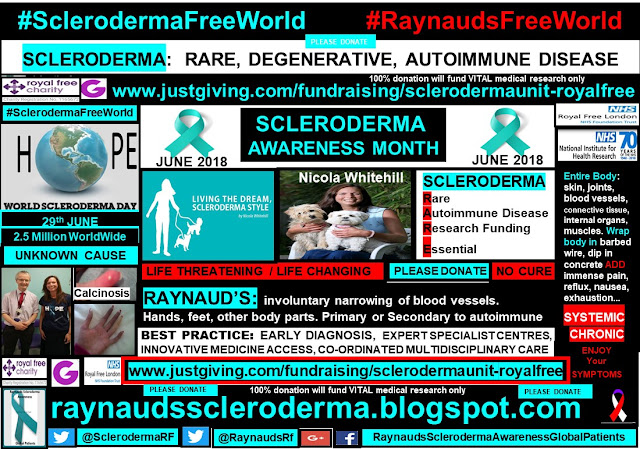 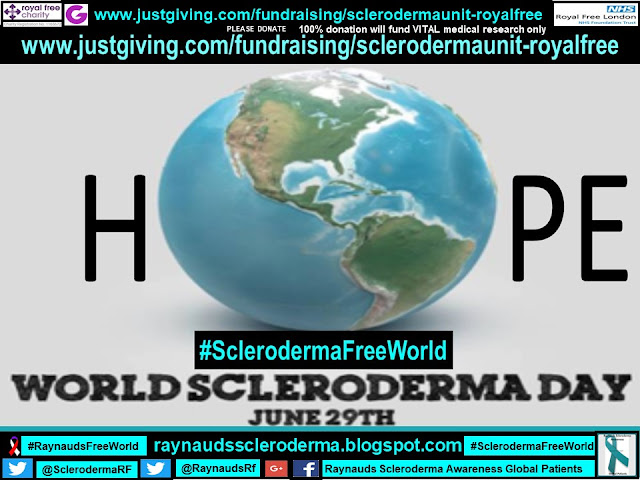 I had the pleasure of being a presenter and part of the European co-hort who gave a presentation at the European Parliament, Brussels, in honour of World Scleroderma Day 2015.

I am immensely grateful to James Carver MEP for organizing this event in memory of his late wife Carmen, who sadly passed from Scleroderma.


To view my article 'Why Global Collaboration is Important', Click here

All patients included within the global patient profiles campaign, highlight the URGENT need for an investment in medical research, as well as:

ALL being, crucial factors for best practice management and care. 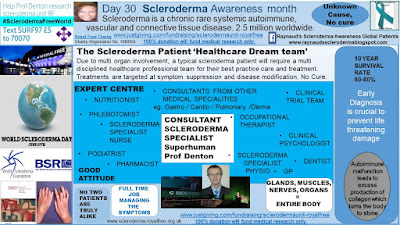 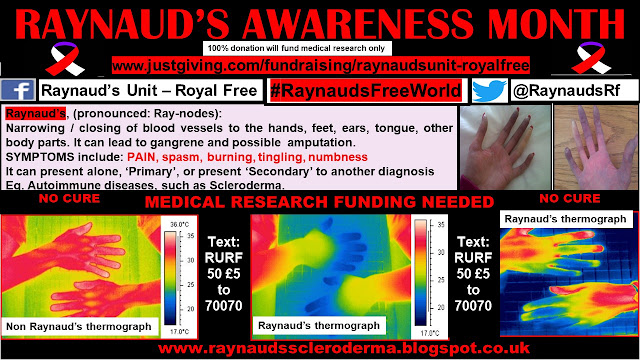 Raynaud's, Click here
This year, I am celebrating 20 years of being a patient at the Scleroderma Unit, The Royal Free Hospital - a world leading expert specialist, research centre.


I am eternally grateful to the global scleroderma trail blazers Dame Prof Black and Prof Chris Denton, whose commitment and dedication to unlocking the scleroderma enigma, is nothing other than, superhuman.
I am truly humbled and inspired by their work ethic. I am wholly appreciative for Prof Denton’s continued medical expertise and support, especially during my barrister qualifying years, 1997 - 2004.
1st March 2004, I qualified as a self employed practising barrister. Further to having been told in 1997, by my diagnosing doctor, that I was looking at a 15month prognosis.
I very much hope to utilise my professional skills and qualifications along with my patient experience, to help achieve the #SclerodermaFreeWorld dream, hoping to improve understanding and best practice, in the meantime. Read more, here
For latest updates follow: 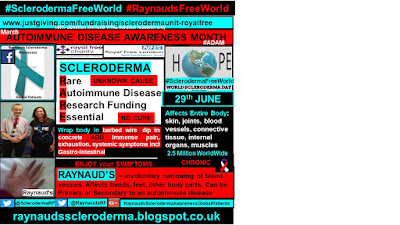 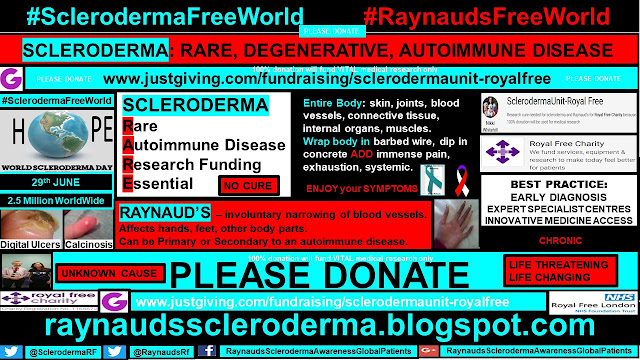 100% of your monies will be used for medical research purposes only. No wages or admin costs. Thank You.
#HOPE 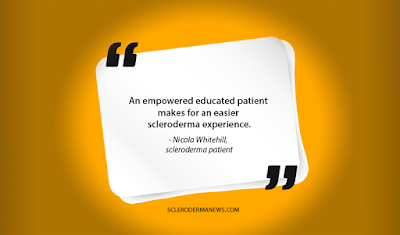 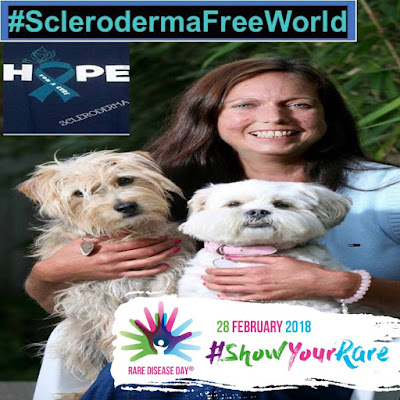 Posted by Nicola Whitehill at 00:01